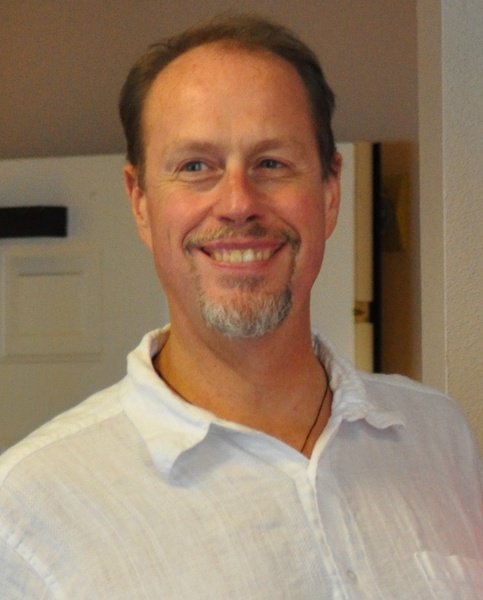 It is impossible to summarize the life of someone who had us all convinced that he was invincible–from getting lost and surviving a January night in the Smokies with his cousin as a boy to being the first person to paddle a canoe over Abrams Falls to the almost 20 years he doggedly fought a chronic form of lymphoma/leukemia.

Born in Champaign, Illinois on February 23, 1954 to Marian Jean Hall (Speer) and Ralph Franklin Hall, the family relocated to La Harpe, Illinois and eventually to Oak Ridge, Tennessee where Mark graduated from high school in 1972. He earned a Bachelor's degree in Chemistry from Maryville College in 1976 before earning a Doctorate of Veterinary Medicine from the University of Tennessee Veterinary School in 1980 where he met his first wife, Peggy Jackson. After veterinary school, the family moved to Baraboo, Wisconsin before returning to Tennessee in 1985 to open a veterinary practice in Sevierville. In 1992, Mark purchased Blount Veterinary Clinic in Maryville, TN which he headed until his death and through which he met his second wife, Jamie Lewis.

Mark is survived by his children Aimee Hall of Rockville, Maryland and Erik Hall of Denver, Colorado, daughter-in-law Cara Hall (Turski) and his beloved granddaughter Eloise Hall. He is also survived by his sisters Katy Hall and Marilyn Hall; his brothers-in-law Peter Garst and Christopher Lewis; his nieces and nephews Jared Garst, Emma Garst, Acer Lewis, and Mica Lewis.

Mark was an active member of Rotary International for nearly four decades with the Sevierville and Maryville-Alcoa chapters. An Eagle Scout, Mark led Erik to becoming an Eagle Scout while serving as an assistant Scoutmaster in Boy Scouts of America troops 81 and 87.

Mark was an avid whitewater paddler from his early teen years with the East Tennessee Whitewater Club, often taking his kids rafting on the Nantahala and paddling alongside them until they were old enough to paddle themselves. In his later years, he was an avid motorcyclist, riding near and far at every opportunity. Mark loved traveling - venturing to Yugoslavia in 1975 to compete with the US whitewater team, traveling whenever he could around the US and more recently falling in love with Scotland and New Zealand. He was an avid family historian, planning trips to visit family homesteads in Montana and Kansas, or towns linked to Hall family history, and visiting his many cousins. Like his beloved Uncle Dick Speer, Mark was a repository for much of the Hall and Speer family history. When he wasn’t traveling, Mark could often be found hiking in the Smokies or attending Scottish Highland Games.

In lieu of flowers, contributions in his name may be made to Friends of the Smokies https://friendsofthesmokies.org/product/remember-a-loved-one/, to help preserve the national park that Mark loved dearly. A celebration of life will be held at Smithview Pavilion, 601 Smithview Dr, Maryville, TN 37803 on Saturday, June 25th at 6:00 p.m. Smith Funeral & Cremation Service, Maryville, 865-983-1000, www.SmithFuneralandCremation.com.