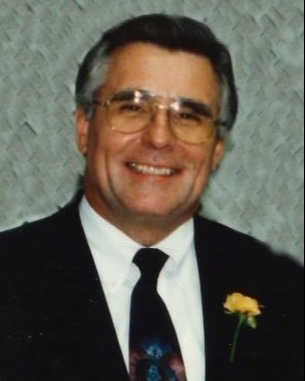 Rev. Dr. Kenneth Karl Altom, Jr., 75, of Maryville, TN received his heavenly reward for his earthly efforts on January 1, 2023, with his wife and their three children by his side.

Ken is a graduate of Carson-Newman University and Southeastern Baptist Theological Seminary (pre-1988). For more than 40 years, he pastored churches in Rutledge and Knoxville, TN; White Level, Eden, and Kannapolis, NC; Florence, SC; Cookeville, TN; and Raleigh, NC, and in retirement contributed to the good work of churches in Wake Forest, NC and Maryville, TN.

As Ken often reminded his family and congregants alike, when facing a challenge: “Romans 8:28 is still in The Book: ‘We know that all things work together for good for those who love God, who are called according to his purpose.’”

Ken is survived by the love of his life, his wife of 55 years Pamela Meadows Altom and their three children Eric (Kelly), Kent (Charla), and Kelli (John) as well as four grandchildren Mac (Abbey), John, Carly, and Max and one great-grandson Roland. He is also survived by his brother George (Lark), a nephew Ben (Jen), and a niece, Paige (Drew) . He is preceded in death by his father and mother, Kenneth and Georgia.

The family would like to thank the specialty care team at The Cole Center for Parkinson’s & Movement Disorders as well as the doctors, nurses, palliative care team, and all others at Blount Memorial Hospital who cared for Ken in his final days.

On Friday, January 6, 2023, a visitation will be held at 10:30 a.m. and a celebration of life service at 11:30 a.m. at First Baptist Church, Maryville, with a graveside service at 1:00 p.m. at Grandview Cemetery. Arrangements by Smith Funeral and Cremation Service, with Rev. Gary Stinnett and Rev. Jimmy W. Allen officiating.

In lieu of flowers, please donate in Ken’s memory to Shriners Hospitals for Children (lovetotherescue.org), or a charitable organization of your choosing. Condolences may be shared through Smith Funeral & Cremation Service, Maryville, 865-983-1000, www.SmithFuneralandCremation.com

To order memorial trees or send flowers to the family in memory of Kenneth Karl Altom Jr., please visit our flower store.