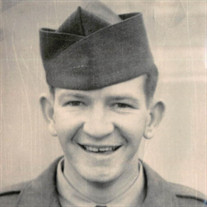 Lloyd “Dobie” Burnette, age 88, of Alcoa, TN, passed away peacefully on Saturday, October 30, 2021 at Shannondale of Maryville with his wife and son by his side after a brief illness. Lloyd was a thirty-nine year and ten month veteran of the United States Army and Air Force along with the Tennessee Air National Guard where he established many friendships. He served honorably during the Korean War, the Berlin Crisis, and the Vietnam War era where he achieved the rank of First Sergeant. He became a believer in Jesus Christ at a young age and was baptized in Newport, Tennessee. He proudly served as a deacon in three churches and was a longtime member of Alcoa First Baptist Church. Lloyd’s military experience played a substantial role in his personal life. He was most proud of his family and investment in the lives of youth through sports. He was President of Alcoa Little League for twenty-six (26) years and President of Alcoa Jr. Pro for fifteen (15) years. He also served as a youth football coach in the Westside Raiders organization and as a baseball coach at Eagleton Little League along with several other youth sports organizations. Lloyd was also a longtime high school and collegiate basketball, football, softball, and baseball official from the mid 1960s through 1985. Lloyd was preceded in death by his parents Vete and Marie Burnett, brother, Bobby Burnett, sister, Evelyn Jenkins, daughter-in-law, Lynn Burnette, and several brothers and sisters in law. Mr. Burnette is survived by his wife of sixty-eight years, Kay Freshour Burnette, sons Stan and Tim Burnette, daughter-in-law Courtney Burnette, granddaughters Chloe and Camille Burnette, thirteen (13) nieces and nephews, twenty-four (24) great nieces and nephews, many great friends, and his loving boxer Sadie. The family would like to thank the wonderful staff at both Blount Memorial Hospital and Shannondale of Maryville for the love and compassion shown to Lloyd during his illness. The family will be receiving friends at Smith’s Funeral Home on Tuesday, November 2 beginning at 5:00 PM with a service following at 7:00 PM officiated by Pastor Greg Long. A graveside memorial will be held on Wednesday, November 3 at Faubion Cemetery in Parrottsville, TN at 2:00 PM. In lieu of flowers, the family requests gifts be made to the Blount Memorial Hospital Foundation so they may continue their outstanding service to the citizens of Blount County and surrounding areas. Smith Funeral & Cremation Service, Maryville, 865-983-1000, www.SmithFuneralandCremation.com

Lloyd &#8220;Dobie&#8221; Burnette, age 88, of Alcoa, TN, passed away peacefully on Saturday, October 30, 2021 at Shannondale of Maryville with his wife and son by his side after a brief illness. Lloyd was a thirty-nine year and ten month... View Obituary & Service Information

The family of Lloyd Stanley Burnette created this Life Tributes page to make it easy to share your memories.

Send flowers to the Burnette family.