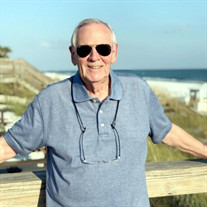 Lewis Lee Kull, born September 12, 1937, passed away September 21, 2020, at the age of 83. A native of San Antonio, Texas, Mr. Kull grew up on a farm/ranch in central Texas. While in high school, his family moved to Austin, Texas; and he began studying music at the University of Texas, receiving instruction after public school and on weekends. He then attended the University and received his Bachelor of Music Degree in Composition. He received his Master of Music Degree in Performance from the University of Houston (Texas). While a student at the University of Texas, he performed a chamber music concert at Carnegie Hall in New York City. During his time as an officer in the U.S. Army Military Police Corps, Mr. Kull studied in New York with the renowned musician, Paul Doktor and later studied at Tanglewood in Massachusetts with William Kroll, first violinist of the Kroll String Quartet. After teaching in the Spring Branch School System in Houston, he taught at Peabody College in Nashville (now, a division of Vanderbilt University) where he performed as a member of the Blair String Quartet. Mr. Kull came to Maryville in 1969 to teach music courses and to conduct the Orchestra at Maryville College, perform as principal violist and assistant conductor of the Knoxville Symphony Orchestra, and to establish the orchestra program in the Maryville City Schools. As a faculty member at Maryville College he performed often in solo and chamber music recitals and twice was soloist with the Knoxville Symphony Orchestra, on one of those occasions playing the premier of the David van Vactor Concerto for Viola and Orchestra. While at Maryville College he composed, among other works, four ballets which were performed with the Van Metre School of Dance (now, the Appalachian Ballet Company). Three of these ballets were based on Appalachian folk tales and were titled the Hill Heritage Suite. Under his leadership, the orchestra program in the Maryville City Schools grew rapidly, and he relinquished that position for others to continue. In 1975, Mr. Kull left his position at Maryville College and entered the University of Tennessee School of Law. While a law student, he was chosen to serve as research assistant to Judge Houston M. Goddard of the Tennessee Court of Appeals. After receiving his Doctor of Jurisprudence degree, he practiced law in Knoxville for a number of years and then moved his practice to Maryville. From 1999 to 2005 Mr. Kull returned to the conductor’s post for the Orchestra at Maryville College. Mr. Kull was a member of First United Methodist Church of Maryville. Mr. Kull is survived by his wife, Sharron Hardy Kull, son, Michael Evan Kull, daughter and son-in-law Christine Kull Vossler and Christian Vossler, daughter and son-in-law, Rebecca Richmond Ratcliffe and Mark Ratcliffe, daughter Lisa Jane Richmond, and granddaughters Bailey Cummings and Callie Ratcliffe. He was predeceased by his father, Irl Hamilton Faires, mother, Florecita Gaut Francis, step-father, Arvid Kull, brother, Irl Hamilton, Jr., sister, Charity Hull, and son, Lewis Lee, Jr., who died in 1971 at the age of ten. A memorial service will be held in the sanctuary of First United Methodist Church on Thursday, September 24, 2020, at 4:00 p.m. In lieu of flowers, memorials may be made to First United Methodist Church, 804 Montvale Station Road, Maryville, TN 37803. Arrangements by Smith Funeral & Cremation Service, Maryville, 865-983-1000, Condolences and memories may be shared @ SmithFuneralandCremation.com Note that The links for floral arrangements and gift store are a built- in function for our website. We ask that you consider the families wishes in giving to the First United Methodist Church. Thank you from Smith Funeral Home.

Lewis Lee Kull, born September 12, 1937, passed away September 21, 2020, at the age of 83. A native of San Antonio, Texas, Mr. Kull grew up on a farm/ranch in central Texas. While in high school, his family moved to Austin, Texas; and he began... View Obituary & Service Information

The family of Lewis "Lee" Kull created this Life Tributes page to make it easy to share your memories.

Send flowers to the Kull family.