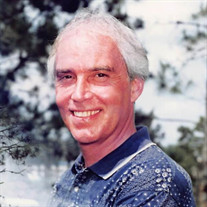 L. Nicolas Gray, age 74, passed away at home Tuesday, September 28, 2021. He leaves behind wife, Lynn; daughter, Amy (Jim); sons, Ryan (Michelle), Nicolas; grandchildren, Maddie (Jack), Alex, Will, Allie; brothers, Bruce (Kris), Don (Rhonda). Preceded in death by parents, Walter and Doris Gray; brothers, Gary, Rick, and Gene. His many nieces and nephews loved “Uncle Nick”, and they brought him much joy throughout his life, as well as his cousins, always a part of gatherings in this tight-knit family. All sides of his family, brothers-in-law and sisters-in-law adored Nick and his wisdom, humor, and the life he brought to the room. Nick was an Army Veteran, serving with the United States Army Security Agency in Vietnam and West Germany. He went to Kent State University, and was there on that fateful May 4, 1970 day. He was a public speaker, at ease behind the podium, and a leader and mentor to so many individuals in the Resort Development community who went on to become successful in their chosen field. He was not a micro-manager, instead he allowed their individual talents to flourish. His children would like you to know some his favorite phrases: “Take care of your car and your car will take care of you,” “If you’re going to play golf, you have to look golf,” “May the best of your todays be the worst of your tomorrows,” and last but not least “GooOOO Bucks!” A Celebration of Life will be scheduled at a later date. Smith Funeral & Cremation Service, Maryville, 865-983-1000, www.SmithFuneralandCremation.com

The family of L. Nicolas Gray created this Life Tributes page to make it easy to share your memories.

Send flowers to the Gray family.