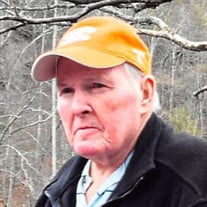 Jerry Lee Masingo, age 73 passed away Saturday, August 1st, 2020 at Blount Memorial Hospital after an eight-year battle with Multiple Myeloma. Jerry served many positions at Greenback High School including math teacher, coach, athletic director, and administrator for 52 years. He served as Greenback’s representative on the Loudon County Commission. He was an alumnus of Greenback School and The University of Tennessee. He always looked forward to the new school season and was especially thrilled when a former student, basketball player, or football player stopped for a visit. You could always find Jerry under the lights at Greenback on Friday night football games. He was an avid supporter of U.T. and was a season pass holder for women and men’s basketball and football until his health failed. Jerry was preceded in death by his parents, Lewis and Roxie Masingo; in-laws: Joe and Ada Guider, Ralph and Jean Guider, Ben and Reba Finger, Edward Gregory, Reece Lynn, Charles and Joyce Guider, and Mary Ruth Guider. He is survived by his wife of 52 years, Phyllis Guider Masingo; daughters, Melissa (Brian) Ownsby, Angela (Ang) Lawrence; grandchildren, Amanda (Nathan) Wampler, Emily Miller, Marlee and Bryson Ownsby; brother, Lewis (Susan) Masingo, Jr.; in-laws, Pat Guider, Edith Gregory Lynn, Jimmy Guider, Mary Jo (Dickie) Woods; and many nieces and nephews. He leaves a large work family behind that he loved dearly with the Greenback Staff with whom he served throughout his career. Because Jerry was acutely aware of the danger of CoVID-19 to people with low resistance, we will honor him with social distancing at a graveside service for his family and friends at Pine Grove Cemetery in Greenback, TN on Tuesday at 11:00 AM. In lieu of flowers, please consider making a donation to Greenback Public School earmarked for the Jerry Masingo’s Math Scholarship for Greenback High School Students. Greenback Public School, 6945 Morganton Road, Greenback, TN 37742. Smith Funeral & Cremation Service, Maryville, 865-983-1000, www.SmithFuneralandCremation.com

The family of Jerry Masingo created this Life Tributes page to make it easy to share your memories.

Send flowers to the Masingo family.