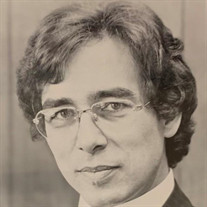 Eugene Boone Dixon passed away on November 19, 2021 surrounded by family and in the peace of his wooded home. Gene was a renaissance man of modern times as a respected attorney, generous servant to his community, reflective outdoorsman, accomplished athlete, outstanding chef, and beloved family man. Gene was born in McMinn County and went on to graduate from Everett High School in 1961. He chose to attend Maryville College where he studied Education and wrestled, a tallent he later tried to pass along to his children and grandchildren. Gene was a proud Scot alum, graduating in 1966. Gene then attended the University of Tennessee for Law School, where he graduated in 1972. While at Maryville College, he met and married his lifelong love and wife, Diane Wood Dixon. They planted their roots in Alcoa and Maryville where they chose to raise their 3 children and where Gene practiced law for 48 years at Koella and Dixon Attorneys. His love of the outdoors took Gene on many trails, memorable campouts, and summers by the water as a camp lifeguard in New England. One of his favorite ways to spend time outdoors was through Scouting. Not only did Gene earn his Eagle Scout and the Silver Beaver Award, but he supported both of his sons through similar pursuits. On many afternoons and weekends, Gene could be found outside in one of two places: in his garden where he loved cultivating herbs, flowers, and produce or at a local fishing hole. Anyone who knew Gene knew he loved to fish. Gene could always be found with a fly rod in his car, and some of his greatest adventures involved fishing trips to the Bahamas, Mexico, and Labrador. Though, he would probably tell you his favorite outdoor adventures were with his grandsons on his "Hobbit Trails" that he lovingly built through the woods on his property. Gene was known and loved for being funny, gentle, and genuine. He enjoyed hosting friends for Trivial Pursuit nights, bonfires, or to cheer on his favorite football teams - the Vols and Titans. He was a joy to have in the kitchen - pouring his heart and soul into a recipe and playing great music as he whipped up a sauce or cut homemade pasta noodles. You could always count on Gene to give to community members in need - through his generosity, time, and his legal services. Gene was proud to serve on the Girls Club Board of Directors, actively participate in the Blount County Bar Association, attend First Baptist Church of Maryville, and host gatherings for the alumni of Everett and Maryville College. Gene is preceded in death by his parents, Billy and Avery Dixon, and by his son, William Boone Dixon. He is survived by his wife Diane, sister Ann Hammontree (Jerry), son Dr. Brandon Dixon (Mary Davis), daughter Emily (Mohit Pise), daughter-in-law Sarah (Troy Galyon) and four adoring grandchildren Abel, Ezra, Nyle, and Edie to whom he was affectionately known as "Duckie" thanks to Gene's playful duck voice he would use with them as babies. In lieu of flowers, the family encourages you to consider donating to the William Boone Dixon Memorial Scholarship through Maryville City Schools Foundation - established in honor of Gene's son and best pal, Boone. A private celebration of his life will be held this month. Smith Funeral & Cremation Service, Maryville, 865-983-1000, www.SmithFuneralandCremation.com

Eugene Boone Dixon passed away on November 19, 2021 surrounded by family and in the peace of his wooded home. Gene was a renaissance man of modern times as a respected attorney, generous servant to his community, reflective outdoorsman, accomplished... View Obituary & Service Information

The family of Eugene Boone Dixon created this Life Tributes page to make it easy to share your memories.

Send flowers to the Dixon family.