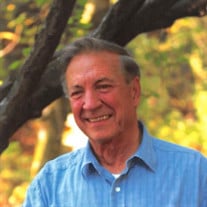 Donald Hamilton White, Jr. went to be with his Lord and Savior on April 22, 2021, at the age of 78, surrounded by loving family members after giving his all in a long fight against stage IV kidney cancer and bouts of pneumonia. After spending much of his adult life in Homer, NY, Donald enjoyed the last 12 years of his life as a resident of Maryville, TN. He is survived by his loving wife of 20 years, Melissa (Morse), their teenaged son, Nicholas, and three dogs, Gracie, Oliver, and Sadie who will miss getting cookies from the Scooby Snacks jar at every turn. Donald also leaves behind his four grown children, Dr. Cherilyn White (Theresa Martens) of Clarksville, TN, Donald White III (Therese) of Corning, NY, Jonathan White (Kitty Huang) of Shanghai, China, and Daniel White (Amy) of Naples, FL, as well as his brother John White of Bolton, MS, six grandchildren, and several nieces and nephews. Donald was predeceased by his much-loved parents, Marian Garthright White and Donald Hamilton White, Sr. Born in 1942 in Virginia, Donald always considered himself a southern boy at heart even after moving to New York City at a young age. He graduated from Ossining High School in 1960 and was a 1964 graduate of Ft. Schuyler Maritime College with a degree in Nuclear Science. Donald was highly respected in his field of air and water purification. During his long career, he authored numerous papers and articles, contributed to over 30 patents, and presented his papers on Chemical warfare protection to numerous organizations including NATO in Belgium. Donald was a proud Freemason and longtime member of several Masonic and Order of the Eastern Star organizations. Brother Donald is a Past Master of Homer Lodge No. 352, and Past District Deputy Grand Master of the Cortland-Madison District 1995-1996. He was a Companion of Washington Chapter No. 29 Royal Arch Masons and was a Sir Knight of Cortland Commandery No. 50 Knights Templar. Brother Donald was well known for his ritual work. He is remembered for his Middle Chamber Lecture for Homer Lodge, which is a 45-minute lecture and done from memory. He was raised to Master Mason on January 26th, 1973 which made him a 48-year Mason. Donald loved God and his Lord Jesus and enjoyed sharing his love of scripture both as a Bible study student and teacher. He enjoyed baseball, caramel cake, butterscotch pudding, crab cakes, and anyone who knew him knew that he never went anywhere without his travel mug of coffee. He loved being the coach of his older children’s little league teams and he loved watching his “big boy Nicholas” become the young man he is today. Donald cherished his wife Melissa and thought she was perfection, and he knew just what to say or do to drive her crazy. She will miss that. Donald’s family wishes to express their gratitude for the love and care shown by the medical staff at Blount Memorial Hospital and East Tennessee Medical Group, neighbors, friends, and church members over these last several years during his illness. His family will hold a private memorial at Smith Funeral and Cremation Service at a later date. In lieu of flowers, donations may be made in Donald’s name to the Cancer Community Center in Knoxville, TN. The family will hold a private memorial on May 8, 2021 at Smith Funeral & Cremation Service, 983-1000, www.SmithLifeandLegacy.com

Donald Hamilton White, Jr. went to be with his Lord and Savior on April 22, 2021, at the age of 78, surrounded by loving family members after giving his all in a long fight against stage IV kidney cancer and bouts of pneumonia. After spending... View Obituary & Service Information

The family of Donald Hamilton White Jr. created this Life Tributes page to make it easy to share your memories.

Donald Hamilton White, Jr. went to be with his Lord and Savior...

Send flowers to the White family.