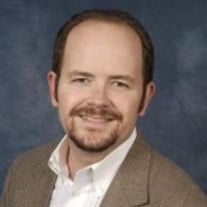 Andrew Franklin Alexander, of Nashville, T.N., age 52, passed away December 31, 2021 after a short illness. Drew was born in Washington, D.C., on September 21, 1969. He moved with his family to Nashville, TN when he was one year old. He attended Ensworth School, became a member of Westminster Presbyterian Church, and graduated from University School of Nashville. He then attended Kenyon College in Ohio where he earned a Bachelor of Arts in Music. In 1994 he went to work for Curb Records in Nashville as a receptionist. Quickly he rose to lead the company’s publishing division. As Vice President of Publishing, he oversaw the division’s forty-five employees and songwriters. A classically trained guitarist, Drew also directed creative and administrative aspects of the company where he set budgets, signed songwriters, negotiated contracts, placed songs, and acquired catalogs. During his tenure Curb Music Publishing earned eighty-seven ASCAP, BMI and SESAC performance awards, and set records for the fastest rising country single and the longest charting country single in Billboard Country chart history. In 2017, after 23 years at Curb, Drew stepped down from his role as Director of Publishing but continued working with the Mike Curb Foundation. Drew also founded his own company, Blair Branch Music. He became an active community volunteer working with numerous Nashville agencies including Second Harvest Food Bank, Nashville Rescue Mission, and Room at the Inn. Drew’s motto was “give more than you take”. When he wasn’t on the phone raising money for the needy, he often could be found serving lunch at homeless shelters. Drew served on the boards of The Recording Academy, Belmont School of Music, Family and Children’s Service, the Community Resource Center, Leadership Music as Treasurer, and the Tennessee Residence Foundation as Secretary. He was a member of the Country Music Association, the Gospel Music Association, Academy of Country Music, and the Downtown Nashville Rotary Club. Drew helped many artists and songwriters get their start in Nashville and had many friends in the music industry. Over the years he hosted small groups of songwriters and artists, including Lee Brice, Bill Anderson, Kyle Jacobs, Billy Montana, Kelsea Ballerini and many others, at writing retreats at his family’s home at Blackberry Farm in East Tennessee, at Evins Mill in Middle Tennessee, and at Bending Lake in Canada. From these dozens of sessions came more than 1,000 songs including many hits. Drew was active with the National Songwriters Association defending songwriters’ legal rights. Drew loved his daughters, his friends and watching sports with them all, especially the Tennessee Titans and University of Tennessee basketball and football—and he loved to fish, traveling around the world in pursuit of new adventures. Drew is survived by two daughters, Lauren Blair Alexander and Helen Victoria Alexander of Nashville; his parents, Honey and Lamar Alexander of Walland, TN; two sisters, Leslee Alexander of Maryville, TN and Kathryn Alexander of Briarcliff Manor, NY; his brother, Will Alexander of Nashville; and, seven nieces and nephews. The Alexander family wishes to express our thanks to Drew’s friends Bruce Phillips and Hal Hardin for their many kindnesses to him. There will be a private graveside service for family members at the family cemetery at Hesse Creek Chapel in Walland, TN, with the Rev. William J. Carl, Drew’s uncle, officiating. In lieu of flowers donations may be made to Second Harvest Food Bank of Middle Tennessee, 331 Great Circle Road, Nashville 37228. A Celebration of Life will be held at a later date in Nashville.

Andrew Franklin Alexander, of Nashville, T.N., age 52, passed away December 31, 2021 after a short illness. Drew was born in Washington, D.C., on September 21, 1969. He moved with his family to Nashville, TN when he was one year old. He attended... View Obituary & Service Information

The family of Andrew F. Alexander created this Life Tributes page to make it easy to share your memories.

Send flowers to the Alexander family.