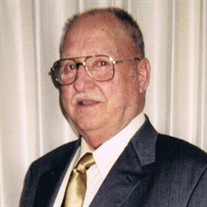 Albert C. Roysden of Maryville, TN, known by most as A.C., died peacefully at home on December 11, 2020. He was 84 years of age. A.C. was born September 18, 1936 in Anderson County, TN to Thomas Jefferson Roysden and Ora Lee Braden. His father was injured in a coal mining accident and the family relocated eventually settling in Rockford, TN. A.C. joined the Marine Corps as a teenager and served both in Korea and in Viet Nam at bases in Con Thien and Khe Sanh. He took great pride in his Marine Corp career. After enlistment he served as a deputy in the Blount County Sherriff’s office and returned to Rockford as the Chief of Police for a while. He was also a member of the Blount County Rescue Squad. In 1974 A.C. joined his brother in Texas and relocated his family at the end of the school year. He worked in Texas in security services for a period and then as a finish carpenter, another career he took great pride in. He returned to Tennessee and worked as a long haul truck driver when in 1993 he was forced into an early retirement by an onset of heart disease. In retirement he remarried his high school sweetheart Valorie Endsley Johnson from Rockford, TN. He spent time with his children and grandchildren, enjoyed fishing and family cook outs. He was a member of the local VFW and a member of Shepherds Glory Church in Townsend, TN. A.C. was preceded in death by his parents and by his brother, Robert V. Roysden, and his sister Mary Lee Hitson and by one daughter, Cynthia Denise Roysden and by one step son, Jeffrey Johnson. He is survived by his wife, Valorie Roysden of Maryville, TN, by two sons, Doug Roysden and wife Shannon of Abilene, TX. And Dwayne Roysden and wife Gidget of Maryville, TN., and by one daughter Delisa Webb and husband Bobby of Levelland, TX, and by two step daughters, Jennifer Fields and husband Don of Douglasville, GA. and Dawn Balthazr and husband Alan of Blountville, TN. He is also survived by the mother of his children, former wife Margaret F. Roysden and by numerous grandchildren, great-grandchildren, nieces and nephews from Tennessee to Georgia to Texas. Friends may call at their convenience from 2:00 PM Sunday, December 13, 2020 until 12:00 PM on Tuesday, December 15, 2020. Family and friends will assemble at 1:00 PM on Tuesday, December 15, 2020 at the Grandview Pavilion at 2316 Graves Rd., Maryville TN. 37803 for graveside services and interment with Rev. Doug Roysden and Rev. Tom Green officiating. Condolences and fond memories may be shared through Smith Funeral & Cremation Service, Maryville, 865-983-1000, www.SmithFuneralandCremation.com

Albert C. Roysden of Maryville, TN, known by most as A.C., died peacefully at home on December 11, 2020. He was 84 years of age. A.C. was born September 18, 1936 in Anderson County, TN to Thomas Jefferson Roysden and Ora Lee Braden. His father... View Obituary & Service Information

The family of Albert C. Roysden created this Life Tributes page to make it easy to share your memories.

Send flowers to the Roysden family.